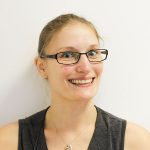 DVA in a household usually gradually increases, meaning that it can be difficult to identify when the behaviour is out of the ordinary. Children and young people who don’t really visit their friends’ houses might not realise that their homelife isn’t ‘normal’.

90% of children were in the same or next room when the violence was taking place (Hughes, 1992). This ongoing exposure to DVA will impact a child’s coping mechanisms, leading some to create a fantasy life.

There are times when the abusive parent is very kind and caring to their children, so their partner doesn’t want to leave because they’re a ‘good parent’. This also creates an inconsistent homelife for children and young people, causing them to be in a high state of anxiety while they work out what mood the abusive parent is in.

Having one parent undermine the other and encouraging their child to also abuse or make fun of them disrupts the attachment between parent and child. Attachment can be disrupted in many ways due to being emotionally unavailable, physically unable to comfort their child or through mental health difficulties.

Education is also impacted as children and young people may not have their basic needs met in order to concentrate and reach their potential. Children and young people who experience DVA may also find it hard to concentrate due to increased states of anxiety. Homework may be a low priority, meaning that a child or young person who regularly doesn’t complete their homework may have difficulties at home.

Some children and young people try to manage the abuse at home through diffusing the situation which puts the individual under a large amount of stress and anxiety through increased responsibility.  The earlier that DVA is recognised and supported, the more likely we are to reduce the impact on the child or young person.

Psychological and emotional abuse between parents has a long-lasting effect on children.

Children, young people and parents rarely disclose that they are experiencing DVA. Sensitive and direct questions are usually the best way to find out the truth. If you are not sure how to do this then training is available for organisations and education settings. Examples of sensitive and direct questions you can ask include; ‘Is anyone hurting you at home?’, and ‘Are you scared at home?’

Examples of what to say if someone discloses to you:

What not to do:

Our psychologists provide services to support children and young people living with or who have experienced DVA. We also provide training to professionals so they feel more confident if faced with a situation of DVA.

I am passionate about helping students with special educational needs and disabilities (SEND) achieve their true potential through working with education settings, parents and carers. My experience covers the 0-25 age range, including early years. I have experience designing and delivering interventions in both education and home settings. Through working abroad and with students who have English as an additional language (EAL), I fully understand how language and culture can influence learning. Integrating my specialist knowledge and experience enables me to help children and young people to be happy, safe and ready for life’s challenges alongside their families and education settings. You can view my professional experience and work history at this link.

Join us and have the freedom to work where you want... when you want... how you want We’re looking for […]