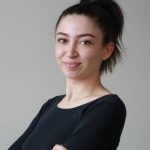 What is Selective Mutism?

Generally speaking, people can characterise Selective Mutism (SM) as a disorder of ‘lack of speech’. SM is quite rare, meaning it is difficult to notice if someone has the disorder.  SM is mostly common in children. Usually, a child who has a lack of speech in social situations may be associated with SM. For example, answering questions in the classroom, or simply saying their name in the register. Recently, research has shown that differentiating between a child with SM and a child without can be difficult as the symptoms may not seem clear at first.

NHS signs to look out for:

Selective Mutism (SM) is becoming more known as a disorder. However, it is becoming a more complex issue. For instance, there has been a rise in the UK of children who are learning English as their second language who may not feel as confident to speak up.

It’s common for children who are non-native speaking or bilingual to go through a ‘silent period’. Silent periods are confusing when trying to identify SM as a disorder. The younger the child, the longer the silent period tends to last. In addition, older children may remain in the silent period for a few weeks or a few months, whereas preschoolers may be relatively silent for a year or more. This could cause children to grow up misdiagnosed or without a diagnosis at all. This can mean, if children aren’t diagnosed at a young age, they could go through life being labeled as shy or something else which could lead to low self-esteem.

Research into SM highlights a need to distinguish a diagnosis between non-native speaking children and children with SM. Immigrant and language minority children are at a higher risk of SM than native-born populations (Toppelberg et al., 2005). Often, other children will socially ostracize children learning a second language. In particular, those who are shy, leading to reduced exposure to the language.

Exposure can certainly affect the learning of a second language. This may lead to language delays, which are common in children with SM.

What can be done about this?

In conclusion, if more people become aware of the symptoms of Selective Mutism, it should become easier to distinguish it from a lack of speech from non-native speaking children. There is an assumption that children learning a second language find it quick and automatic, however, there becomes a thin line between acquiring SM and it being confused with slow learning of the second language. It may also be useful for clinicians to understand the distinction, which could lead to less misdiagnosis. It’s important for people to know SM triggers in children, this could include:

It’s important to be aware of the triggers. Clinicians should keep in mind that SM and bilingual children are vulnerable to language delays. Bilingual Speech and Language Therapists can carry out assessments or anyone with experience in this area, which can help to give a holistic treatment of SM. This will take into account any language barriers or cultural differences.