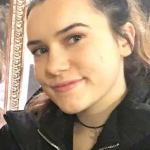 Positive psychology, in its simplest form, is the study of positive human functioning and flourishing on multiple levels. It was developed to overcome limitations of both psychodynamic, labelling humans as selfish with pleasure being the main focus, and behaviourism, which reduced humans to machine-like and hollow.

Rogers and Maslow, two of the five pioneers of positive psychology, appreciated that humans need help with natural growth. Humans were naturally good, but tainted by living under conditions of worth (for example, stress). Positive psychology tried to incorporate concepts such as; what motivates us, personal growth and fulfillment in life.

Read more into what makes positive psychology different, and Rogers and Maslow’s participation in it.

An enduring concept of positive psychology, for me, was the prevention vs. treatment concept, proposed by Martin Seligman in 2002. This concept proposed that there should be measures in place, prevention strategies as such, that meant people didn’t reach a stage where they needed professional help. Implementations such as help in school and the workplace, that relieve stress and other mental illnesses such as depression. This is similar to the universal model of education and health care.

This is a popular approach as it gives help before problems become too complex and entrenched. This creates less stress on the health care system if this is implemented early.

‘Satisfaction with life scale’ (SWLS) was devised to measure a person’s satisfaction in life, in relation to positive psychology. The SWLS had general statements such as, ‘in most ways my life is close to ideal’, and consisted of five items similar to the previous statement. Participants were then asked to rate on a likert scale (a scale used to represent people’s attitudes to a topic, for example on a scale of 1-5). However, it does not have strong reliability as the person may have had an awful day.

The survey was popular among those choosing a positive approach. It was both cost-effective and efficient. Although it didn’t give all the answers, it showed who needed help and who didn’t.

Protective factors, such as possessing certain traits, contribute to resilience. These are things such as optimism. Optimism protects people as they see the positive in negative situations, thus in turn stopping them and making them resilient. Although some have argued that optimism isn’t persistent over situations e.g. in the unfortunate event of death of a close relative, an optimistic person would find it difficult to be optimistic across this situation.

Why is resilience part of positive psychology? The idea of resilience made perfect sense, it was easy to follow and simple to understand. It also stopped showing all humans as weak, and machine-like.

I chose to study Psychology with Criminology at Manchester Metropolitan University (MMU). Taking Criminology alongside psychology was due to an interest in criminals, and how their minds function. I chose to take Psychology as I really wanted to be able to help people. I am most passionate about mental health, making more people aware of it, helping those with it and looking into how severe mental health difficulties, such as psychosis, has an effect on their decisions.

This blog is a summary of everything I learnt, or thought was important from the promoting spelling part of our […]

Why a nurture room? Nurture rooms provide a comfortable environment, by where the child feels safe and relaxed. When a […]